Creative Director In No Mood To Start Production House

For some time now the rumours are rife that creative director Trivikram is gearing up to start his own production house and will be bankrolling some web shows for several digital platforms.

However, sources close to the director revealed that rumours about Trivikram are fake and he is no mood to start production house as he is completely occupied with his next projects. However, Trivikram will be helping Allu Aravind 's digital platform Aha in the script department.

On the other hand, Trivikram is penning the script of NTR's upcoming film and the director is said to be in talks with another star hero.
Download our app 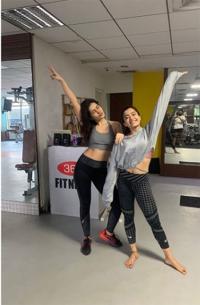