The combination of Trivikram and Jr NTR has given a good hit like 'Aravinda Sametha' two years back and the hero-director duo will be joining hands again soon. The film was officially announced and it will go on floors once NTR wraps up his part in 'RRR'.

It may take some time before this film kickstarts as there is a lot left for Rajamouli to shoot for 'RRR'. Coming to Trivikram's film, it will be 30th film in Tarak's career and it is expected to a wholesome entertainer. Fans are curious to know about the girl who will be romancing Tarak in this film and sources say that the makers are planning to bring in happening beauty Kiara Advani.

Kiara already acted in Telugu films like 'Bharat Ane Nenu' and 'Vinaya Vidheya Rama'. She turned into a busy Bollywood actress after the blockbuster hit of 'Kabir Singh'. She went to act in films like 'Good Newwz', 'Laxmi Bomb', 'Bhool Bhulaiyya 2', 'Indoo Ki Jawaani', 'Shershaah' and a few others. We need to see whether she agrees to work in this film or not if the news turns out to be true.
Download our app 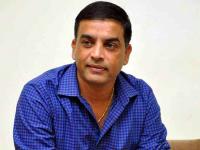