South Indian beauty, Malavika Mohanan, knows how to make our heads turn with her fashion outings. The Petta girl makes her fans go gaga over her hot as hell pictures.

The Nirnnayakam heroine is one of the actresses who stays active on social media and keeps her fans entertained.

Now, this dusky beauty has taken over the internet by releasing a series of pictures in a Tribal look.  The actress wore a yellow saree with eye-catching jewellery set, now which is rising the mercury levels of her fans. Undoubtedly, the sultry siren is giving sleepless nights to her fans and netizens as well.

Meanwhile, News broke out that Malavika is likely to play the female lead in Dhanush's upcoming movie. Director Karthick Naren is the helming the project which based on a real-life incident.
Download our app

Nivetha Needs These Qualities In Her Life Partner

This Is The Title For Palasa 1978 Sequal? 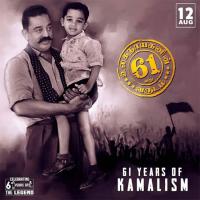 Kamal Completes His Incredible Journey Of 61 Years In The Film Industry!
×