US Citizen Moves Kerala High Court To Extend His Stay

A United States citizen who came to India on tourist visa 5 months back, moved the Kerala High Court to convert his visa to a business visa as he wants to stay in India for a longer period.

Johnny Paul Pierce, a 74-yr-old citizen of the US has an opinion that India handled the crisis created by the ongoing pandemic in a better way when compared to the United States.

The US national who has been living in Kochi's of Kerala for five months opted to stay in India for 180 more days as he likes the way the country is dealing with the virus and said, the US is not taking the virus seriously.

He went on to say that the prevailing situations created chaos in the United States and unlike the Indian government, the US government is not doing much about combating the virus. He also wished his family could fly down to India.

On the other hand, the US which is the worst-hit nation in the world has more than 3 million positive cases of the virus, while over 133,000 people succumbed to the dreaded virus. 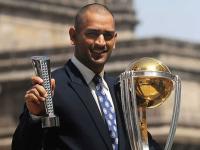