'RED' Team Rejects Another Huge Offer From An OTT Platform!

Energetic hero Ram Pothineni got a huge mass following after the grand success of 'Ismart Shankar' directed by Puri Jagannadh. Everything in that film worked out starting from songs to Ram's performance and the energetic hero is keen on continuing this success run.

He opted for a remake of Tamil film 'Thadam' and brought his 'Nenu Shailaja' and 'Vunnadhi Okkate Zindagi' director Kishore Thirumala onboard. Produced under his own banner, the film is titled 'RED'and the teaser got good response and so did the two songs which were released till date. Ram will be seen in a dual role in this film which was supposed to hit the screens in April but got postponed.

The filmmakers were approached by some OTT platforms with huge offers but the team is hell-bent on releasing it in theatres. There was a talk that a major OTT platform offered 20 crores for this film and recently another news came out that another streaming site came up with 30 crores deal which is huge. But the makers rejected their deal respectfully.

'RED' has Malavika Sharma, Nivetha Pethuraj and another heroine playing female leads. Mani Sharma composed music for this film and the audience are expecting a lot from it. The team is also very confident about the output.
Download our app

I Would Drink A Peg On Your Name Says Director

Will Alia Bhatt Have A Negative Effect On 'RRR'? 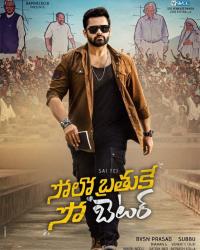 What Will Be The Future Of 'Solo Brathuke So Better' Now?
×