Bollywood has lost a young talent Sushant Singh Rajput and the news is shocking and appalling to many. The news is still not sinking in the minds of his fans. The Bollywood mafia and nepotism has once again become a trending topic everywhere as Police still investigate the case.

Moreover news on social media revealed that Sushant Singh Rajput was denied work in big banners like YRF, T Series, Sanjay Leela Bansali Films, Salman Khan Films, Sajid Nadiadwala and many more and that's when he started feeling all alone and unaccepted by Bollywood. Police wanted to know whether these allegations on social media are true ore not.

It is evident that the Mumbai Police have summoned Sanjay Leela Bansali to record his statement on ajuly 06. All he said was Sushant was approached to play lead role in films Ram Leela and Baji Rao Mastani but Sushant himself dropped as he was busy with Paani in YRF banner. Sanjay Leela Bansali also said that he was not in touch with the actor from 2016.

Now the Police have kept their focus on how actually death happened and thus they have collected the video footage of the star's residence so that they would a get a clue.

It is evident that the actor has too much to offer to Cinema with his talent but left us so soon. So far he has acted in best films like MS Dhoni-The Untold Story, Kai Po Che, Chhichhore, Kedarnath and Drive to name a few. His last film Dil Bechara is set to stream on July 24 on Disney Hotstar.
Download our app

Heroes And Producers Not Interested In Shooting For The Next Few Months!

Is Mahesh Going To Select Another Tamil Director? 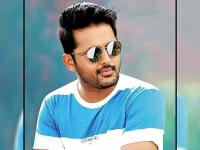