Will These Remakes Workout In Telugu?

Tollywood is on a remake spree and especially Malayalam movie remakes are just sky-rocketing in Tollywood.

Tollywood's Mega Family production house Konidela Productions has bought the remake rights of 'Driving License', the Malayalam blockbuster. Now the speculations are going on high as Producer Ram Charan wants the film to be made with Power Star Pawan Kalyan. Earlier they have also announced the film 'Lucifer' remake in the direction of Sujith.

On the Other side we have the remake of another Malayalam hit film 'Ayappanum Koshiyum' by Sitara Entertainments. The movie is written and directed by Sachy, the writer of Driving License. The film starred Prithviraj Sukumaran and Biju Menen. The action entertainer has looted the Box Office.

Now another remake is said to be in the making and it is 'Helen'. The film is a missing thriller and was a big hit in Malayalam. It is said that already the remake work of this film began in Tamil and Kannada. The work on this film is a bit late as producer PVP is asking his team to make tremendous changes to suit Telugu audience taste. Let's see who will star in this thriller film!

The biggest question doing rounds in Tollywood is why all the filmmakers are now suddenly running back of Malayalam remakes? It is because these are the films that had universal appeal and great content but as the crisis break time has given enough time for the urban youth to ponder over other language films, doubts erupt in the market as to whether these films workout or not? Let's wait and see how many films follow this trend and enter our lands!

Heroes And Producers Not Interested In Shooting For The Next Few Months!

Is Mahesh Going To Select Another Tamil Director?

Will RGV's Attempt Backfire This Time? 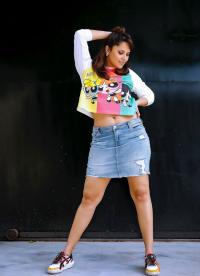