Prabhas To Enter Bollywood With This Young Director

The Tollywood Rebel Star Prabhas has become Pan India star post Bahubali franchise success.  Prabhas is said to be in pressure to complete his ongoing Prabhas #20 film as soon as possible and make it release in August this year but the crisis outbreak has different plans for Prabhas!

This time Prabhas is extra careful to have a pipeline of projects and the latest we hear is a project with 'Tanhaji' film director Om Raut. It is said that Prabhas is all set to star in a Bollywood big multi-starrer with Hrithik Roshan under the direction of this young director Om.

It is evident that Prabhas has advances of few producers in Tollywood like Dil Raju but as he is not ready with a story and big director thus Prabhas might have opted the route of direct Bollywood. Fans have appreciated the move of Prabhas. Let's see if the project goes as planned or not!
Download our app 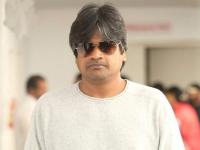