President Showing Much Interest On Economy Than public Lives

Keeping in mind the deadly impact left by the pandemic on many nations the World Health Organization(WHO) warned the Latin American governments to think about the risk of easing the lockout measures.

This development did not go well with Brazilain President Jair Bolsonaro who threatened to remove Brazil out of the WHO.

Brazil is facing the wrath of the pandemic as the fresh count of fatalities made the nation surpass Italy in terms of the fatalities. Quite surprisingly Bolsonaro is arguing to lift the lockout measures and said that the economy is facing heavy losses.

Brazilian daily newspaper Folha de S.Paulo's carried out a front-page story which says that its been 100 days Bolsonaro terming the pandemic which is killing a Brazilian per minute as a mere "little flu"
Download our app 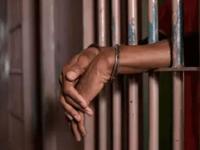