It is evident that Tollywood senior actor Nandamuri Bala Krishna is doing a film with Boyapati Srinu. For this hattrick film, Balayya even tonsured his head and got slim to fit the role in the movie.

Now the latest update from the film unit said that they are planning to give a surprise to Balayya fans by revealing the title and first look poster of the film on Balayya's birthday on June 10. Well it is indeed a great news for the fans to usher in some celebrations for this hat-trick collaboration!

Now the news sources say that Balayya has turned down all the plans of Boyapati saying its not the right time to usher in celebrations as the crisis did not end.

The fans are now more happy that their favourite star is more concerned about public and their safety rather than his films!

Earlier, the Social Media got flooded with pics of Balayya in a salt and pepper avatar with huge mustache. Fans went crazy after seeing their favourite actor's new look. They even started speculating the story of the film and the character of Balayya as an Aghora.

Director Boyapati Srinu has clarified that the film is a complete family entertainer and presents the new avatar of Balayya in Varanasi episode which is a surprise package of the film.

Due to the crisis outbreak, Tollywood went for a shutdown and all the bigwigs are in house isolation mode. Shootings got stalled and Theaters closed and so much of free time for actors to ponder over their dreams!
Download our app 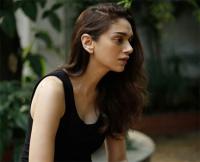