Climax, is set against the backdrop of a thriller in the desert. The scary action-packed thriller will have a digital release on RGV World, a new digital application named after RGV.

When Varma asked about why he particularly picked an adult star over Indian actresses, he gave a stunning answer in his style.

He said that the figure of an actress is very important to his film and Mia Malkova has that appropriate body which needs for the Climax. No coloured women will perfectly fit in this role as his concept is to show the beauty of the desert competing with the beauty of the actress. RGV has openly said that Indian heroine would not have that effect on the role like Mia Malkova have.

The film will be streamed on RGV World on a pay-per-view model for which a viewer has to pay Rs 100 per view and will be released on June 6 at 9 pm.
Download our app

'Master' Makers Give Clarity On The Film's Release!

'Sarileru Neekevvaru' Hits Bullâ€™s Eye On Its Second Telecast Too!

Vintage Click: Venkatesh With Superstar Krishna In The 80's!

Popular Girl To Play A Key Role In Prabhas 20!

Star Dad To The Rescue Of Son's Dooming Career 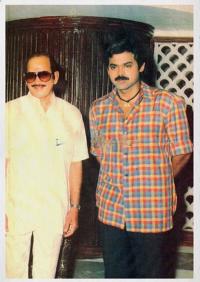 Vintage Click: Venkatesh With Superstar Krishna In The 80's!
×