'Sarkaru Vari Paata' To Revolve Around Bank Frauds And Casinos!

The pre-look poster of Mahesh Babu's upcoming film 'Sarkaru Vaari Paata' got a huge response and fans are super excited with Mahesh's new look in the film. The shooting is expected to kick-start as soon as the permissions are granted.

In the meanwhile, sources say that the film revolves completely around money. Latest news is that Mahesh will be seen as a bank employee's son and seeks revenge on the banking sector frauds committed against his family. There is another talk that the team is planning to erect a huge casino set in Ramoji Film City. As per grapevine, heroine is the daughter of the film's villain who is interested in casinos. Since the film requires a lot of portions to be shot in a casino and the team cannot travel to Las Vegas or Goa in the present situation, talk is that they planned to build a huge casino set which is a safe option with respect to both health and wealth.

'Sarkaru Vari Paata' is written and directed by Parasuram and produced by Mythri Movie Makers, 14 Reels Plus banner and GMB Entertainments. There are a lot of rumors surrounding the film's plot and we need to say how many of them are true.
Download our app

Saif Ali Khan Says He Was Victim Of Nepotism 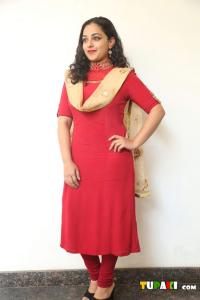 Bubbly Beauty Evincing Interest To Star In Bengali And Marathi
×