Even In Own State, Pro-Telangana Cops' Punishment Continues

Today is Telangana formation day. Everyone is rejoicing the day and celebrating it with gusto and enthusiasm. A separate Telangana has come due to the struggles and travails of many an individual. But, some police personnel, especiall those from Warangal zone, justice is still elusive. They were seen as pro-Telangana agitation and sympathetic to the protesters. As a result, the government of the day, stopped their promotions.

Consequently, their batchmates in other zones have got promotions as per schedule and got increments added to their salaries. But, those from Warangal zone, there were no promotions. Unfortunately for them, this continues even after they got separate Telangana. The denial of promotion during the agitation period has ensured that their path to promotions is slower and their salaries are lower. Though they have represented their matter to the powers that be, there is no change in the situation. Ironically, many of the officers who got promotions for pursuing anti-Telangana agitation attitude, are the ones who are objecting to the promotion of the officers of Warangal zone. The officials of the 1995 and96 batches are among the worst affected, according to sources.

Now the situation is that many senior police officials are working under their juniors and this is rankling them. Though they have taken up the issue with the Chief Minister himself, no justice has as yet been done to them. This delay is causing deep heartburn among the Warangal zone.
Download our app 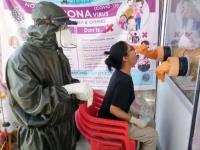