The Tollywood Stylish Star Allu Arjun's younger brother Allu Sirish has celebrated his birthday in the early hours of Saturday with the whole Allu family.  The celebrations were kept very low amid the crisis that's going on all over the World. Sirish has cut the home made cake baked by his Sister-In-Law Sneha and shared smiles with his family.

Allu Sirish has posted a picture of birthday celebrations in the Instagram. The young actor was seen having a good time with children and whole family. Sirish wrote that he is reading all the wishes from his fans and wish to make a good comeback as an actor and also as a producer.

Allu Sirish is yet to announce his next film while few say that he is shifting his gears totally into production and is yet to take the reins of Geetha Arts to help his ace producer father Allu Aravind.

On the other side his brother Allu Arjun is busy with his next film 'Pushpa' named after his role in the film 'Pushpa Raj'. It stars Rashmika Mandanna as the female lead and has Devi Sri Prasad scoring music. The Sukumar directorial is very much in the news due to its novel plot and worthy combo!
Download our app

Will Charan Give First Preference To 'Acharya'? 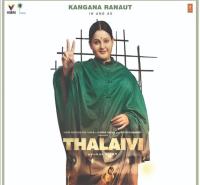