From the past few days, the online feud between Pooja Hegde and Samantha camps is getting heated up. It all started when Pooja updated a story with Samantha's picture from â€˜Majili' and wrote that she doesn't find Samantha pretty. Though Pooja claimed that her account has been hacked, people are not ready to believe it and fans of Samantha are fuming at Pooja and even asked the â€˜Butta Bomma' to apologise Samantha.

The Akkineni actress did not post anything as a counter attack but she indulged in some interesting discussion with her friends Nandini Reddy and Chinmayi in the comments section regarding this hacking issue. This entire thing did not go well with a section of people as they thought that Sam and her friends are adding fuel to the fire.

It looks like Samantha took it even further as she posted a story that says, 'Another problem with having a god heart is that people think you are stupid.' It looks like these words are directly aimed at Pooja Hegde and the entire issue. Despite not mentioning Pooja's name, people with general understanding cans sense that there is a lot to read between these lines. Going by these posts, people are claiming that this controversy is being stretched beyond the limits.
Download our app

RGV's 'Power Star' To Release On The Special Day!

Is Ravi Teja Becoming The Akshay Kumar Of Tollywood?

This Is My Best Frame So Far Tells RGV

Kamal Comes To The Aid Of Hospitalised Tamil Villain!

Illegal Activities In the Name Of Geetha Arts!

Rakul And Her Dreams About Life Partner 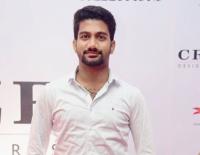