Roja Lashes Out At Chandrababu And Lokesh

YSRCP MLA Roja who represents the Nagari Constituency lashed out at TDP Supremo Nara Chandrababu Naidu and his son Nara Lokesh who made remarks on the one year ruling of the government.

Roja said that after the regime of the previous TDP government the treasury of Andhra Pardesh left with just Rs 100 crores along with a humongous debt of Rs 3.5 lakh crores and still they did no development in the state.

Talking about their government the APIIC chairman said that 40,000 crores were spent for the welfare of the poor in the state benefitting around 3.5 crore and land documents were given to 27 lakh people more.

She went on to say that Father Son duo Chandrababu and Lokesh are losing weight because there is no corruption in the state and they are not receiving money anymore.

The MLA added that their government is following its word and working on banning liquor in the state in a phased manner while the opposition TDP encouraging people to consume alcohol.
Download our app 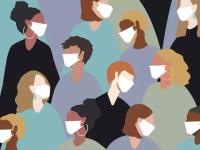