Nandamuri Balakrishna who is known for his controversial statements done it yet again. This time he targeted the big shots of the Telugu Film Industry(TFI) who held talks with the TS government on the persimmon for the film shoots.

Balakrishna was not invited for these meetings which did not go well with the actor and showed his anger on this and said that Tollywood biggies met Telangana Cinematography Minister Talasani Srinivas Yadav for real estate business.

Mega Brother Naga Babu found fault with Balakrishna's statements and warned him to hold his tongue and asked the hero to take back his comments and reminded him that he is not a king and just a hero.

Naga Babu recorded a video strongly opposed the statements of Balakrishna and uploaded it in his youtube channel which is being shared by the f Mega Fans on social media. 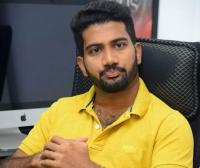