Why Did Our Star Heroes Leave Behind Surender Reddy?

Considered as one of the most stylish and talented directors of Tollywood, Surender Reddy gained immense popularity with his first film 'Anthanokade'. He later went on to make some super hit films like 'Kick', 'Race Gurram' and 'Dhruva'. Even his failed films were often appreciated for their technical richness and style quotient.

He lastly directed the massive 'Sye Raa Narasimha Reddy' starring Megastar Chiranjeevi. He made the film in a lavish manner and pulled it off brilliantly. But the huge budget resulted in some minor losses for the buyers. After that Magnum opus which was released in October 2019, Surender Reddy failed to get one star hero to work with him.

Knowing his track record, any star hero would work with him but things are going great for this director. He reportedly narrated an action script to both Mahesh and Prabhas but none of them agreed to it. On the other hand, Ram Charan and NTR are stuck with Rajamouli from the past one year and we don't know how long it takes before they come out of 'RRR'. Mahesh is busy with Parasuram's project while Prabhas is working with Radhakrishna on 'O Dear'. Allu Arjun is also busy with Sukumar's 'Pushpa' and Venu Sriram's 'ICON' after that. None of the star heroes are free which is why Surender Reddy is finding it tough to take his next film on floors.

Rumours are that he and his writer friend Vakkantham Vamsi are busy penning a sequel script of 'Race Gurram'. We need to wait and see if he manages to impress Bunny with this script or not.
Download our app

Will Charan Give First Preference To 'Acharya'? 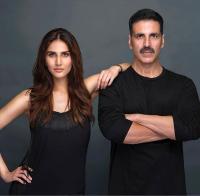