A Huge Decision From Producer's Council!

The past few months have been very rough on the film industry. The producers are facing the heat of the financiers and others. They have invested heavily on some movies and do not know if they could recover it or not.

The producer's council has now reportedly come to a decision which is going to be a big surprise for everyone. We know that the producers give advances to directors and actors before the movie begins. The latest decision is that none of the actors, directors or technicians will get more than advance. The rest of their remunerations will be given once the film's business is done as per sources.

People who oppose this decision will reportedly be banned from the industry as per reports and this is going to be the new rule. From what we hear, people who get more than five thousand daily will be part of this list and only the people below this line will be daily wages without any cuts. News is that this rule is expected to continue till the industry is able to stand back on its feet.
Download our app

Power Star-Krish Film To Have This Title!

Crazy Young Hero Shuts Down A Big Production With His Flop Film!

Is Pawan Kalyan A Thug In His Next Film?

This Is Keerthy Suresh's Role In Mahesh's Movie! 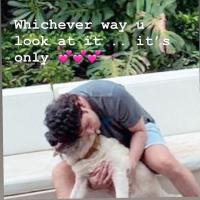