Tollywood production house Sitara Entertainments has bought the remake rights of 'Ayyappanum Koshiyum', the Malayalam blockbuster of this year. While Sitara people are still figuring it out the lead stars, sudden surprise came from Bollywood.

The action star of Bollywood John Abraham tweeted the news today that he is remaking the hit thriller Ayyapanum Koshiyum in Hindi on his banner. He didn't disclose the other details of the cast and crew.

in Telugu, the production house is in talks with Balayya to ace the role of Biju Menon. It remains to be seen if the star gives nod to the project. Moreover, Sithara people have made initial talks with Director Sudheer Varma and Sandeep Reddy Vanga to direct this remake.

Rana is said to be seen in Koshi role. The producer has already given advance to Rana is the latest news. Rana would fit for this arrogant role. He also kept a condition that he would take share in profits rather than remuneration thus Suresh Productions is also involved in this project. Hope the makers in Telugu be as fast as Hindi film production houses at least for the official announcement!

'Ayyappanum Koshiyum' is the story of two egoistic people who do not compromise at all. Written and Directed by Sachy. It's the debut movie of this maverick writer who earlier scored a massive hit as a writer with the film 'Driving Licence'.

Will This Be The End Of Overseas Market For Tollywood?

Sunil Bags A Big Role In This Sports Drama

Bunny's Film To Resume Shoot In This Place

Balayya's Next Film With This Maverick Director

RGV's Power Star Is Not Based On Pawan Kalyan?

NTR Wishes His Brother Kalyan Ram On His Birthday! 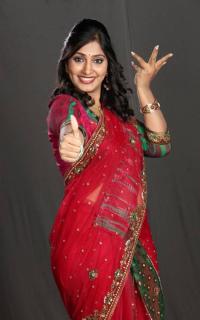