Former Chief Minister Chandrababu who stepped on Andhra Pradesh after along back of two months faced a shock on day one as a case was filed against the opposition leader.

The Chittor resident who filed a complaint on Chandrababu submitted the visuals and pictures as profs in the cases to AP DGP. The compliant copy of the case went viral on social media.

In his complaint, the complainer expressed his shack over the opposition leader not following social distancing norms when the pandemic is showing its deadly impact 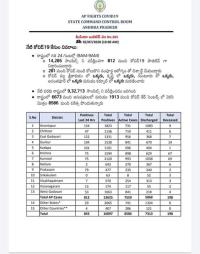