Why Bandi Sanjay Is Smiling?

The BJP is pleased with the way YS Jagan Government has decided to  withhold the TTD decision to take back its proposal to sell off the TTD lands. The party, which is inactive in AP and is in a confusion in Telangana, found a ready issue to fight for. To top it, the pro-TDP channels gave them ample air time and free publicity.

Realising this, even Telangana BJP president Bandi Sanjay jumped into the fray. It was a clever move. Also, he converted a scheduled meet with Jana Sena chief into a 'Save Tirumala' meet.  Sanjay ensured that his and Jana Sena chief's photos appear on all major social media channels to derive maximum publicity.  He tried to convert this into a Hindu issue and justified his statements despite the issue belonging to neighbouring state. Sanjay realised that there was pentup anger even among the people of Telangana over the issue of selling off temple properties.

Most luckily for the BJP, the TDP has completely failed to take advantage of the situation. It was in fact defensive because it was the TDP which has first proposed the idea of selling off properties. So, it was on the defensive. As a result, the BJP managed to win Round One in this fight between  the YSRCP and the TDP. Waht is interesting is that it was not even in the fray. Thanks to Sanjay's quick moves, it got lot of mileage.
Download our app 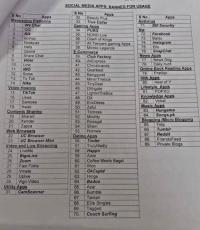