Director Rajamouli and the makers of RRR wanted to reveal the first look or teaser for NTR's birthday but couldnâ€™t due to the no work in the pandemic. Moreover, the movie makers have thought that if they release any updates this would only harm the good reputation of NTR as it is not right to come with cheap stuff.

Irked by the decision of SS Rajamouli and the RRR makers fans of NTR showed their frustration on social media.

Now the buzz is that the postponement of RRR only stopped NTR from hosting Bigg Boss season 4 and this news has upset NTR fans to the core and they are venting their anger on Rajamouli for blocking NTR from fans. Now the MAA TV is considering Nagarjuna to host the season 4 too and the shoot would proceed in the month of August as soon as the Telangana Govt. Gives permission for shootings and film functions.

Release Troubles For 'Uppena'. What To Do Next?

Dhruv Gets All Beefed Up For His Dad's Upcoming Film!

Out And Out Mass Film For NTR

Chirutha Actress To Be A Part Of This International Remake

Actress Voices Out To Deliver Justice To All

Chaitanya Explains How A Perfect Expresso Is Made! 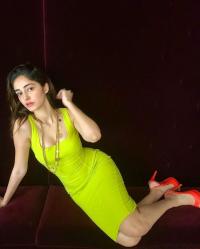