Energetic star Ram Pothineni entered the film industry at a very young age. He was around 16 during the time of 'Devadas'. But he looked completely at ease while acting and the film went on to become a huge blockbuster. This film also marks the entry of Goa beauty Ileana D'Cruz.

It was YVS Chowdary who took the responsibility of launching Ram and he did a perfect job in showcasing Ram in an energetic manner. The film was directed and even produced by YVS Chowdary. On his debut directorâ€™s birthday, Ram took to Twitter and wished            the'Devadas'director. He wrote, "Wishing THE BOSS! My all time favourite person in the industry a very Happy Birthday! Sending you all my love Guru garu!

He shared an old picture which was taken during the time of â€˜Devadasâ€™. Both Ram and Ileana are looking too young in this picture while YVS Chowdary is standing beside Ram. It is great to see how far Ram and Ileana came today.
Download our app 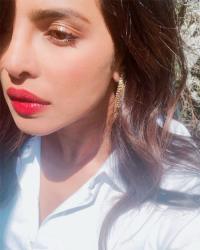