Can Anil Ravipudi Launch His Next This Year?

Anil Ravipudi's 'F2' starring Venkatesh and Varun Tej entertained the audience greatly and stood in the list of blockbuster films released last year. This Fun and Frustration movie collected a whopping 80 crores at the box office.

Now, Anil Ravipudi has wrapped the script of F2 sequel utilizing the lockdown period effectively. Apparently, Venkatesh and Varun Tej will star in the sequel too.

The latest buzz is that the launch of the film may be pushed to next year because Venkatesh may not give his dates to this film this year.

Currently, Venkatesh is working on Naarappa and already completed a lengthy schedule of it. Since the shootings are stalled, the regular shooting of Naarappa may resume in August. So, this may take his time fully.

Also, Venkatesh wants to keep himself away from large crowds in the wake of COVID-19. Considering all these Anil Ravipudi may have to wait for longer to launch this F3.
Download our app 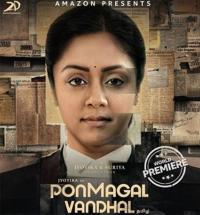