Tickets In Domestic Flights To Cost You A Bomb

As the nationwide lockout imposed in India entered the fourth phase the Prime Minister Narendra Modi led Centre announced some relaxations and as part of that the Domestic Flights will resume its operations.

Despite giving persimmon, the Centre also asked the flight carriers to make sure that the passengers follow social distancing and wear medical masks as a measure to fight the virus.

The domestic flights will resume its operations from the 25th of May which were restricted to airports for more than two months with lockout imposed in India in the third week of March.

TRAI Wants To Make Phone Numbers In India To 11 Digits

Will This MLA Bring Down Karnataka Government?

Where Are All Swamis, Imams, Preachers?

People Prefer Cycle, Not The Party With Cycle Symbol

Did Chandrababu Come To AP For Conducting Mahanadu Online?

A Year Of Style, Substance, Strategy 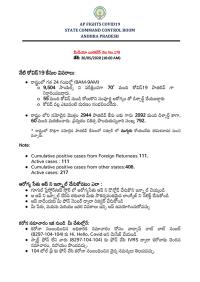