Young Actress Gets Ready To Marry A Divorcee!

Affairs often proves costly for the careers of many actresses but they still fall in that trap. The latest one to do so is a young actress who works both in Tamil and Telugu cinema. After making her debut in Telugu long back, she acted mostly in Tamil films. Despite receiving so many offers there, she could not become a star actress. She is currently doing the heroine's role in a rising hero's Telugu film.

There is news about this actress being in a secret relationship with a Tamil hero. She never agreed nor denied these rumors. The hero is already a married person and he even got legally separated from his wife. He started the love track with this young actress after the divorce reportedly. This affair news causes a lot of trouble among the heroine's family as they did not like the actress loving a guy who is already married and divorced. This hero is a brother of a famous Tamil director. The director even made a film in Telugu with a star hero in Telugu which failed badly.

To put an end to all this, the couple has now decided to get married by convincing their families. They were supposed to tie the knot in April but lockdown forced them to postpone their wedding as per sources.
Download our app 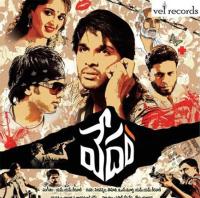