Will Theaters Open After Lockdown?

The Film lovers across India are waiting desperately for an announcement regarding the opening of Theaters after the lockdown ends. In the outbreak of Corona Virus, the Indian government has called for a national lockdown for 21 days and thus men and women were bound to stay at home itself.

It is a common practice everywhere in India to go far a movie in the weekend, Now that the Theaters have been closed; everyone is waiting for entertainment at least after the lockdown. It is to be seen whether the Central Government gives a notice towards it.

Trade pundits in the Movie Industry are saying that this lockdown may go further up to May 1 and until then we may not expect governments to allow Theaters to open. Some say even after May 1, there are high chances that the pandemic spreads through mass gatherings and thus governments may think of other choices or rules about Theaters.

If at all Theaters open for public after ease of lockdown, Maintenance costs would be costing a bomb for Theater owners who has to screen the audience and maintain social distancing between viewers. These measures only make a huge loss in revenue troubling the producers! Thus producers may think twice before opening Theaters.

In China, recently they have opened the Theaters by decreasing the occupancy to 25% capacity of the Theater. For suppose if the Theater has 350 seats, now it has to allow only 85 people to watch the film. This rule somehow works wonders for small moves alone that are desperately in need of Theaters to show case their talent. It is a pitful situation for the finished and ready to release films like 'V', 'RED', and 'Master'. Let's see what the Indian govt. decides!
Download our app 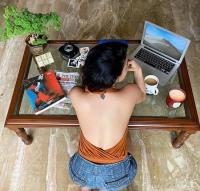