Actress Clarifies Misconceptions On Her

Milky beauty Tamannaah Bhatia said in a recent Interview that there are lot of misconceptions going on about her. The biggest being about her 'Un Employment' she said. Many think that I am out of work if they do not see me more often! She cleared the air that she is 365 days busy excelling herself in her passion-Movies!

Tamannaah is a huge star down south and worked with big stars in both Telugu and Tamil. Her hit films include 'Ayan', 'Happy Days', '100% Love' and 'Bahubali' franchise to name a few. She said that it hurts when people say that I couldn't make it big in Bollywood. For them, I tell that I work for my passion of Cinema and fortunately I have earned a space in down south films and I don't yearn for attention in Bollywood. My job is to enjoy my work in any Industry and strive for excellence.

Presently I am yearning for versatility in the roles offered and becoming bit choosy in the films that I do said the actress. She also said that she is lucky to come this far in the work I love ended the actress. Now she is acting as a Kabaddi Coach in the film 'Seetimaar' starring alongside Gopichand. The movie is directed by Sampath Nandi. The movie needs a lot of endurance and fitness in Tamannaah for which she is actively maintaining diet and has even attended training sessions for the game that she never played.

Tamannaah is working in the film 'Bole Chudiyan' alongside Nawazuddin Siddique. This is yet another stint of Tamannaah in Bollywood. Let's see if she can make it big in Bollywood this time at least. 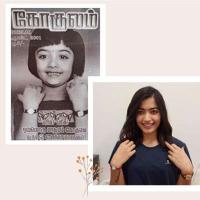