The Corona pandemic has resulted in a restless situation around the World. All the countries opted lockdown putting the economy in jeopardy. The Tollywood Industry also went for a shutdown and stalled all its activities respecting the 21-day lockdown.

The lockdown and the panic created by Corona have a challenging task for NTR these days. The Corona outbreak has already shifted the release dates of many films and if the situation becomes any worse film 'RRR' will also get postponed to summer next year.

Now the problem is NTR has already committed for a film with Director Trivikram. The movie was supposed to start in this summer and aimed at next summer release. Now if the film 'RRR' cannot resume shoot as soon as possible, NTR cannot change his beard avatar of Komuram Bheem and thus he cannot go ahead for Trivikram film too. In this situation, it remains to be seen how far NTR tackles the situation of simultaneous shooting of two films!

Moreover, Tarak fans have to wait almost two years to watch him onscreen if at all the movie 'RRR' gets another release date!
Download our app

Pic Talk: A Fan-Made Poster Of Mahesh As Lord Rama!

Actress And Her Guitar Session For Fans!

Residents Of Lawrance Trust Hostel Infected With The Virus

Is Dil Raju Remaking Yet Another Telugu Film In Bollywood? 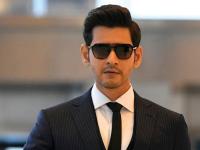 Mahesh Babu's Film To Get An OTT Release!
×