In recent days a rumour is widely spread that Mahesh is playing a key role in the Acharya movie which has to be reportedly done by Ram Charan. Within a few days, another news come up that Mahesh is backed out of the Acharya as he demanded huge remuneration.

When Chiranjeevi is asked about this in a recent interview, Chiranjeevi said that "no other actor than Ram Charan is considered for this role since from the beginning. Even we don't have any idea how Mahesh's name have showed up in the movie. Mahesh is like my son. Acting with him is surely a happy moment for me. But when it comes to Acharya film, Ram Charan is the only actor we are desperate to have. My wife Surekha too is waiting to see me and Charan in a film together.

Ram Charan is currently busy with the RRR film. So, we are hoping Rajamouli would make space for Ram Charan to act in Acharya," Chiranjeevi said. 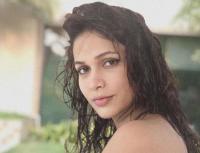