In recent days a rumour is widely spread on the Media that Mahanati fame Keerthy Suresh is going to marry a businessman who has good contacts with the politicians all over the country.

Keerthi has responded on these wild speculations about her marriage and condemned the rumours. Keerthy said her call sheets dairy is full till next April. With these hectic schedules, Keerthy said she don't have any plans of getting married. She urged the people to stop spreading these rumours on her.

Keerthy is currently acting next to Nithiin in Rang De film, and next to this, she will be working with Superstar Rajinikanth for Annaatthe film in Tamil. 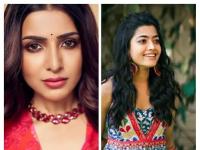