Indian Institute of Technology-Hyderabad (IIT-H) and Indian Institute of Technology-Bombay (IIT-B) researchers have surveyed the impact of Corona Virus outbreak between pre-lockdown and the lock down period.  According to their survey awareness on Corona Virus is high among the residents of Tier-1 cities than those living in the Tier-2 and Tier-3 cities.

In Tier-1 cities, it learnt that about 12 percent of the people switched from public to private mode, about 9 percent in Tier-2 cities and about 7 percent in Tier-3 cities during the third week of COVID-19.

Among this survey, 93 percent said that private mode of transport is safer compared to public mode.

Even In Own State, Pro-Telangana Cops' Punishment Continues

Want To Have A Haircut? Think Before Going Under Scissors

TDP Still Not Ready To Bring In NTR

Yellow Media Back To Jagan Baiting As Delhi Tour Gets Cancelled

No Place For Hate And Racism Says Satya Nadella 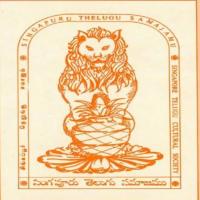