Jagapathi Babu Agrees About His Affair With Soundarya!

Yesteryear star actress Soundarya who left us in 2004 was a heroine who won the hearts of everyone with her homely looks and superb acting. There were rumors back then that she used to be in a relationship with versatile actor Jagapathi Babu.

Speaking about it, Jagapathi Babu recently agreed that they had an affair. He said, "Yes, we had an affair. His brother is very close to me and I used to visit their house frequently and Soundarya did the same too. People used to write about her in a wrong way. They never understood our relationship."

Adding to it, he shared, "I take it as a compliment whenever people speak about it. There is nothing to hide. People usually think affair as a physical relationship but ours is different." Soundarya and Jagapathi Babu acted in a couple of hit movies together. After all these years, Jagapathi Babu now tried to explain about it.
Download our app

Will Producers Dare To Release Movies In Theaters?

Actress Chills In Style After The Recent Ruckus

Samantha Goes With Her Original Voice For Family Man 2 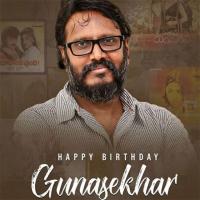 Happy Birthday To This Most Underrated Director!
×