Tons Of Troubles For 'Indian 2'!

Indian cinema's ace director Shankar's ambitious project 'Indian 2' is facing a lot of troubles in the making. It is a known fact that Shankar's films are made on a grand scale and they take years of time to get done. His last film '2.0' was made with a huge budget of 400 crores. Now, he is making 'Indian 2' which is also a magnum opus. Sequel to blockbuster movie 'Indian' which was released back in 90's, Kamal Hassan is once again doing the titular role.

Sadly, bad luck id following this film in every step of their way. There a lot of delays in shootings and an unfortunate accident which led to the death of a few assistant directors. This came in as a huge shock to the entire film industry. Cases were filed on the film's team and a lot of effort was put into clearing all the troubles.
After all this, Corona pandemic made the team to cancel the shooting and god knows when it may start again. Shankar is known for his last-minute changes in the scenes which causes a lot of postponement and delays. With all these hurdles, we need to wait and see when this film sees the light of the day.
Download our app

Superstar Picks Good Crew For His Next

Director Worried About The Mega Film

This Is The Reason Behind Mahesh's Rupee Tattoo!

Mahesh Can't Wait To See This Hero In Action 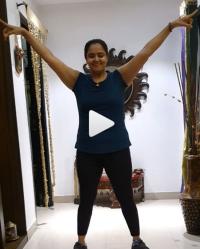 Character Artist Stunds With Her Dance Yet Again
×