A tense situation arose in the U.S with around 10,000 fresh cases recorded in the country along with 200 deaths due to the deadly virus. The official record states that more than 55,000 cases were reported in the US so far.

The health experts are citing that the figure of positive cases in the country might increase rapidly with time.

Till Wednesday, New York City reported 192 deaths along with 16,000 positive cases of the Covid-19. The officials are fearing that the lack of medical supplies there might lead to a collapse of the city's healthcare system.

Louisiana turned out as the hot spot for the fatal virus in the United States with containing the highest death rates per million across the country. More than 46 deaths were reported in the state so far.

Situations in Spain turned out from bad to worst with more than 700 people dead on a single day.3,434 deaths were reported in Spain in terms of coronavirus deaths by trailing only Italy.

Rumours Of Akhanda Deepam going Off In Tirumala are Wrong

Why Has The Congress Changed Stance On Corona?

He Is The Only Leader Criticising Lockdown

Beauty Slays With Her Booty 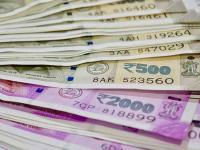 If Newspapers Transmit Corona.. Then What About Currency Notes?
×