AP CM Jagan Mohan Reddy had visited the Polavaram project site and took stock of the progress of the works. This will mark his second visit to Polavaram as CM. He had an ariel survey and observed how the works there are going on.

While Jagan had earlier announced that the projects should be completed fastly had a meeting with the concerned officers and directed them on the actions that should be taken to complete the project.

He also held a meeting with the Water Resources department officials at the project site. It has been reported that the officials said Jagan that they are trying their level best on land acquisition and rehabilitation.

Why That Country Is Normal When The Entire World Is Shutdown??

Are There Secrets That People Don't Know About Covid-19? 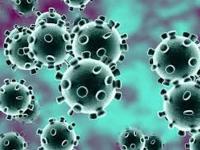 Covid-19 Outbreak: Count Of Cases And Deaths Are Disturbing
×