Rajinikanth seemed to be heading or pushing for an alliance with BJP aggressively in Tamil Nadu with his political party in upcoming local assembly elections.

His support to BJP about CAA and NRC, also slamming protestors for creating riots indicating that protesting for everything doesn't help anyone's cause, made it obvious for speculators to say that Rajni is showing affiliations towards Orange clad.

But the actor without specifying names slammed Government for the Delhi riots and termed it as an Intelligence failure. He expressed grief for loss of 24 lives and asked for best medical aid to 200 people who got injured.

He said, "All protests that are happening in Delhi are because of intelligence failure. I condemn it. The intelligence should have been more vigilant when a leader like Donald Trump is in the country. They failed in doing their job properly.

At least now I expect them to be vigilant and the violence should be dealt with an iron fist. If it is the intelligence failure, then it is also the Home Ministry's failure. I strongly condemn the people and the political parties that use religion for electoral gains."

He further added, "As I said earlier, I will still stand by Muslims if they get affected by the amended citizenship law.

"I will be the first one to support for Muslims if they are affected by the CAA. But as the central government has clarified that it will not implement the NRC (National Register of Citizens), there is no point in creating confusion over it. However, protests should not turn violent," concluded Rajni.

After Rajni made these statements, Kamal welcomed his gesture and appreciated him as well. In a way, he did say that he has been on Government side all these days by saying that he came on their side, opposition and he should be feeling better now.

He tweeted in Tamil, so we cannot share the quote but the gist is that he likes Rajni to be more aggressive against establishment like him than a meek supporter, at least in his eyes!

Andrea's Bold Comments About Her Relation With Anirudh!

No Break For These Men In Tollywood

'Aha' Ropes In Experts For Betterment! 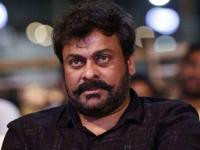