A Person Shows Gun To Police In Delhi!

During the ongoing protests at Jaffarabad, Delhi, a police constable bravely faced a person who had a gun. He had to give-in and walk away from the situation to his camp but he tried to stop him from shooting any police officers and control him.

The video of this man gun with a gun shooting in the air and asking police to go back while his co-protestors started pelting stones on people recording and police, is going viral.

Police identified the man as Shahrukh from East Delhi and a case has been registered on him under illegal weapons act. Reports suggest that police have arrested Shahrukh and he will be presented at a magistrate or a judge soon.

In the ongoing Jaffarabad protests, the violence is indeed increasing everyday and on Monday, 100 people got injuried while 4 protesters and one police constable lost their lives.

On Tuesday too, the protests turned into violent attacks between police and the protesters with some anti-protesters also joining the police.


Arvind Kejriwal, Delhi CM, asked Central Government's intervention to bring the situation under control. He with his MLAs and senior officials in administration held a long meeting on future action plan.

Etela Back Into KCR's Inner Coterie?

No Invite To Mahmood Ali For KCR's Meeting?

A Tiger In Zoo Tests Positive for COVID-19

Will Markaz Building Be Demolished? 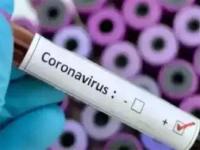