Congress, TDP Decide Who Should Be Next BJP Chief in Telangana

Who decides who should become the next BJP state president in Telangana? It's the non-BJP people. Shocking but true!! Yes, when the group of observers led by former MP Bijayanta Panda met the party's core team to elicit their opinions on who should be the next BJP president in Telangana, there was a strange spectacle. At least a half of the core committee members were those who joined the BJP recently.


The core committee, which originally consisted of just 11 members, has recently been expanded to 40 persons. All those key leaders like G Vivek, DK Aruna, G Rammohan Rao, Peddireddy, former teachers' MLC Mohan Reddy and several others who joined the party recently were accommodated in the party. Interestingly, the observers had not taken the opinion of those who have been working for the party for years. Only the core committee members were consulted. This has left many oldtimers shocked. They found that they do not have any say in the choice of the president.


Interestingly, many of the newcomers wanted key positions in the party. In fact, G Vivek wanted the working president post for himself, while DK Aruna wanted the state president's post for herself. But, some core committee members have clearly told the observers that they do not want newcomers to be made the party president.
Download our app

One More Disappeared Doctor Who Warned About The Virus

WHO Clariy On Covid-19 Transmitting Through Air 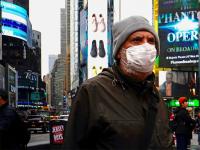 Social Distancing In The US Gets Postponed
×