The pre-release event 'HIT' was organized recently and the guest list included names like Rajamouli, Raghavendra Rao, Rana, and Anushka. Being Nani's second production venture, 'HIT' made a good buzz and the interesting trailer brought a lot of expectations on this Vishwak Sen starrer.

Speaking at the event, Rajamouli appreciated the efforts of the entire team and said that the teasers and trailers were very stylish. He told that he liked the idea of giving a 'Sneak Peek' to the audience which helps in raising curiosity over the film. He added that he first saw this kind of promotional stuff for Hollywood film '2012' and wished the team a good success.

After him, Raghavendra Rao congratulated the team and appreciated their confidence in naming the film 'HIT' and Anushka told that Prasanthi is like family and she liked 'Awe!' very much. She gave her best wishes to the entire team.
Download our app

Why Is Vijay Not Donating Money?

Nikhil Gets Ready With A Chiselled Body For 'Karthikeya 2'! 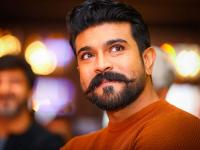