Pawan Kalyan is trying to balance the double edged sword lifestyle as an actor and a politician. He is looking to take advantage of Jagan's three capital scheme that did bring out slight negative reaction from Amaravathi residents.

Some people who are unable to see the long-term plan behind this idea are also fighting against it with TDP. YSRCP Government under Jagan is trying hard to negate all the issues and clearly explain their plan of action to public.

At this point of time, municipal elections jave become the battle ground for TDP leaders to resurge after a "hide your face" debacle. Pawan Kalyan's Janasena doesn't have such wide number of candidates or cadre to get into municipal elections but some advisors are saying that he can try to win some over TDP by supporting BJP and BJP can support them arranging "support" for other areas where BJP isn't that strong.

YSRCP leaders are confident that they can again knock-out the opposition. At this point of time, PSPK needs to plan his party Janasena next action plan and also get into political movements to gain public attention.

This kind of a situation has left producers wondering again. Pawan had to join sets of his 27th film, produced by Dil Raju on 20th February but nobody knows when he will give dates again, when they can set the combination.

Even Krish is worried as his plans to finish the film soon, will be under jeopardy. Production houses these days cannot go on postponing for months like earlier and they need to adhere to release agreements as stakes are high.

But Pawan seems to be in doldrums in deciding what is his highest priority as he needs cinema glamour to not vanish for long term gains and at the same time needs to be politically relevant.

As he is unable to decide, producers are scared to death about the films on sets. Fans don't want him to repeat Katamarayudu and Sardar Gabbar Singh mistakes but the approach that the actor took during those films, to shoot quickly before the release date seems inevitable! 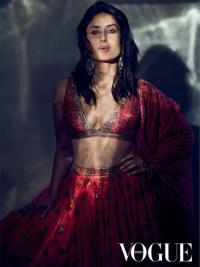