Can Puri Save Vijay Devarakonda Too?

Dashing director Puri Jagannadh gave many blockbusters to our star heroes. More than that, he provided them with a mass image and sometimes even brought them out of their disastrous runs at the box-office.

He was the main reason why Ravi Teja became a mass hero. Prince Mahesh turned into superstar Mahesh Babu because of Puri's 'Pokiri'. He brought a mass image to Allu Arjun with 'Deshamuduru' and gave a perfect launchpad for Charan with 'Chirutha'.

When NTR's career was in crisis with back-to-back failures, Puri Jagannadh's 'Temper' gave him his much-needed success. He recently gave a blockbuster to Ram with 'Ismart Shankar'. This film increased Ram's market by leaps and bounds. Before this film, Ram suffered from a series of flops.

Now, he is working with Vijay Devarakonda for a pan-Indian film made in both Telugu and Hindi. Names like 'Fighter', 'Liger' and others are being considered for this film. So, Rowdy fans are hoping that this dashing director will bring success to Vijay who faced two successive disasters recently like 'Dear Comrade' and 'World Famous Lover'.

Hope Puri Jagannadh scores a blockbuster once again and brings a smile on Vijay's face.
Download our app

Disha Blames It On Tollywood!

Is Guruji Planning It Big!

Manchu Manoj Replies To Over Enthusiasts

Will The Big Films Release Immediately After The Lockdown Is Lifted? 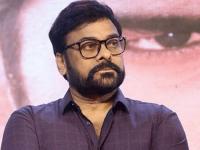