Even as a furious debate is going on over the citizenship, the Old City of Hyderabad is fast emerging as the hot hub of fake citizenship documents. All you need to do is to pay up from Rs 10 to Rs 2000 to get Aadhaar cards, voter identity cards, driving licenses and even passports. It is now emerging that over 400 per sons have already secured fake Aadhar cards.

The Old City of Hyderabad is housing hordes of illegal Pakistani settlers, Gulf countries, illegal Bangladeshis and Rohingyas, besides a large number of Africans. There are at least 16000 of them in various parts of the state. Except the Africans, others can easily mix with the locals and are getting these important cards. Many are claiming to have come from Bihar, Bengal and Odisha and are securing the passports in a jiffy. The police are surprised to find out that even Africans are able to secure the passports easily. Whole racket of agents, touts with the backing of some leaders and even cops from some specific groups is functioning in the Old City, the police say.

Sources say that the Government does not have accurate and reliable data about the illegal immigration an that of those overstaying in India even after their passport has expired. The officials are befuddled when they realise that voter cards are available for as low as Rs 10.

Jagan Doesn't Fear Anyone Except For PM Modi: TDP Leader

The US Suffers From The Pandemic 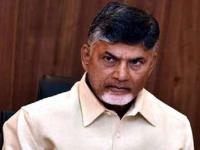