Bheeshma-Single Forever movie is coming out on 21st February with Nithiin and Rashmika Mandanna as main leads. After Chalo, Venky Kudumula wrote and directed this film.

Nithiin is coming with this movie after Srinivasa Kalyanam in 2018. He had to take an year bed rest due to knee surgery and he is now back to doing movies non-stop.

Also, the actor is trying to make a positive successful comeback after three back to back disasters. Rashmika is hoping the movie will be a good addition to her hits.

Well, the theatrical trailer showcases story concentrating more on Organic Farming and the problems faced by farmers due to chemicals like insecticides and pesticides.

Trailer cut is not much exciting or promising as the film looks to entertain you than really say that there is a huge story in the film for people to be amused about.

Like Chalo from the director, this also seems to be packaged keeping commercial proportions in mind. Let's see, if that formula is rightly mixed in proportions as TFI needs a hit after Sankranthi biggies as the big lull period is upon it. 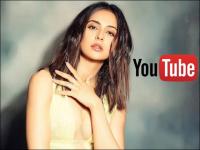