Big Production Houses Come Together For Dhanush In Telugu!

Tamil star hero Dhanush is one of the most talented actors in our country. Apart from acting in commercial films, he often satisfies the actor in him by choosing scripts like 'Vada Chennai', 'Adukulam' and recent 'Asuran'. Apart from Tamil, he also acted as a lead in Hindi films like 'Ranjhaana' and 'Shamitabh'. He is currently doing another film in Bollywood with Anand L Raai. Sara Ali Khan is the female lead in this flick and Akshay Kumar is going to play an important role.

Coming to South, he is working with 'Petta' and 'Pizza' fame Karthik Subbaraj for an interesting film which is tentatively titled 'D40'. Aishwarya Lekshmi is the heroine while Joju George and Kalaiyarasan play important roles.

Dhanush got a huge craze with 'Raghuvaran b.tech' in Tollywood but he was not able to establish a solid market here as his next few films failed to impress the Telugu audience. He is aiming to impress them once again with this film and he has got the backing of big production houses now. 'GA2 Pictures', 'UV Creations' and 'YNOT Studios' came together to release this prestigious film in Telugu. Dhanush will be seen different looks as the film takes place in a village as well as abroad. With such good banners coming to his aid, Dhanush is aiming to regain his lost craze in Telugu states.

Kalaipuli S Thanu bankrolled this project and 'Kabali' fame Santosh Narayanan is composing the music. The distributors officially released a specially designed poster to announce their association with this team.
Download our app 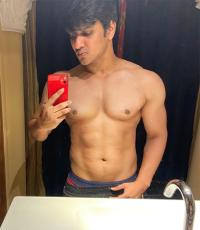 Nikhil Gets Ready With A Chiselled Body For 'Karthikeya 2'!
×