Did Producers Doubt Vijayawada As Not Right Place For SSMB Event?

Nagarjuna, Balakrishna, Chiranjeevi conducted huge public events at Vijayawada city for their career biggest films like Santhosham (audio),  Narasimha Naidu (100 days) and Indra (175 days). They have gone to other big cities as well, but Vijayawada was seen as big hub for films which now, Vizag is slowing taking over.

Still, an event at Vijayawada is prestigious for Telugu films as the crowds from Guntur, Krishna and West Godavari districts flood the event premises.

Also, the areas are known for their love for film artists and Vijayawada was once breeding ground for budding talents, when theatres in Vizag couldn't host dramas due to Naxalite problem for few years. But Rajamahendravaram/Rajamundry, Vizag, Vijayawada, Tirupathi have been cultural hubs for theatre artists in Andhra Pradesh from long time.

Slowly, Hyderabad also grew in prominence with C. Narayana Reddy and Akkineni Nageswara Rao encouraging young enthusiasts from Osmania University to make Hyderabad as good hub for arts as much as other cities in AP and mainly, as strong as Chennai.

But Tummallapalli Kalakshetrayya Kshetram in Vijayawada witnessed many greats taking their first steps under the experts guidance and PWD grounds in the city has been a host for big events like we earlier mentioned.

Anyways, for Superstar Mahesh Babu Sarileru Neekevvaru such a city did not seem right place, it seems. As they did not get right sponsors for the event and also, thought they won't get much response, it seems.

Well, after reading the above description do you think that is the problem? Anyways, going by the story of the film, as most of it happens in Kurnool, Mahesh and Anil Sunkara decided to conduct the 50 days success event of the film at Kurnool, it seems. 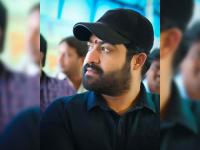