Political differences and ideological clashes will not come in the way of dating and sex among the young and hep Indians. According to a survey conducted by the US-based dating app OK Cupid, most men do not mind ideological differences with their female counterparts while dating. At least 56 per cent of men have no problems dating girls who have a difference of opinion on issues like the CAA, NRC and the NPR.  But, only 39 per cent of women have said OK for dating a boy who has a different take on the CAA and the NRC.


Interestingly, a large number of 'can't say' and 'don't knows' leave the split wide open. At least 24 per cent men and 18 per cent of women said they can't say if they want to date if the counterpart has a counter view.  The OK Cupid survey has shown that women are more serious about their political opinions when compared to men. Both men and women in overwhelmingly large numbers have clearly said that they do not like to discuss politics while they are with their lovers. No politics during dating, dining and in the bed rooms, says the survey. They said they give importance to good sex rather than politics.


Interestingly, the data with regard to the Americans say that at least 60 percent of the millennials said that they would go on a date or love someone only when their political ideologies match. The survey was conducted on the basis of over two lakh responses  and interviews.

Is YSRCP Changing Its Stance On CAA?

GHMC Fines The Minister, But Know How Much?

Why Is Chandrababu So Silent These Days?

A Remarkable Tour To Delhi

IPL 2020: Dhoni-Kohli-Rohit-ABD On One Side Vs Russel-Pant-Stokes On The Other!

Is RSS Unhappy With Modi Government Or ...?

Do You Know What Trump's 3 Hours Visit Costing Ahmedabad?

Can You Guess, The Number 2 Richest Person In India? 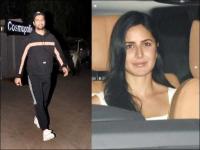