Can a Telugu party survive in Tamil politics?

The IT Raids at the residences of Tamil hero Vijay Joseph has created a sensation in the Tamil politics and the political circles cited that these raids are an indirect warning to those who question the government had to face these sort of issues.

Fearing the same no other actors have come in support of Vijay til now except Ajith Kumar. Thatâ€™s the amount of sensation created by the raids in the politics which raised the heat at once.

Rao, who worked closely with late Jayalalithaa during her tenure as Chief Minister of Tamil Nadu has announced that he will float a new party in Tamil Nadu and he is aiming the 2021 Assembly polls in the state.

This news created interest among the political circles on how come a Telugu party can compete in Tamil Politics which has an undying love for their culture and language.

He recently joined the Janasena party and Pawan Kalyan gave him the post of political advisor to the party.

"I will take his advice and suggestions for the people and create a golden future for the state of Andhra Pradesh," Pawan said when Mr. Rao joined the party.

P Ramamohan Rao is from Andhra Pradesh and is a 1985 batch IAS officer. He was the chief secretary when Jayalalitha was the chief minister and was known as her trusted man.

Mr. Rao is a 1985 batch IAS officer who hails from AP. During the regime of late Jayalalitha, he worked as the Chief Secretary and he was a trusted man of the CM.

After her demise, he too faced many problems likewise the ANNADMKA party as the IncomeTax departments raided P Ramamohan Rao's residences in Chennai and other places while he was serving as the Chief Secretary of Tamil Nadu.

1,350 MPs Can Sit For A Joint Parliament session At A Time In New Parliament Building!

Shocking: Three Generations In A Family Succumbed To Ongoing Pandemic

Pandemic Patient Tries To Kill Self By Jumping Off A Building!

Where Is Nalla Pochamma Idol? 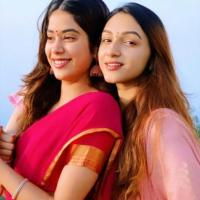