Sai Dharam Tej'd brother Panja Vaisshnav Tej is making his debut as a hero with rural drama 'Uppena' which is hitting the screens on April 2nd. Coming from Mythri Movie Makers and Sukumar Writings banners, the film is has decent expectations on it.

The makers have released a poster and a glimpse which brought a fresh feel about the film. Devi Sri Prasad's background score got good appreciation. Recently, Tamil star hero Vijay Sethupathi's character is also introduced as 'Rayanam'. He looked quite menacing in the poster with cigar in his hands.

Finally, the makers decided to reveal the face of Vaisshnav Tej in this film. His character's name is 'Aasi' and the Valentines Day poster shows him standing confidently on a small boat. Along with him, heroine Krithi Shetty is also introduced as 'Sangeetha' with another poster. Both of them look good and let us wait and see if the lead pair impresses us in the film or not.
Download our app

Why is Samantha Silent On This Time?

The production Banner Behind GMB Entertainments!

Only This Star Hero Fans Are Doing Charity 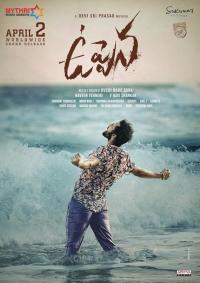